All these campaigns on Facebook kind of pass me ignoring it, because I find it toothless. Usually I find it irritating. I never really see any change after a campaign.
When the metoo campaign started I got surprised how big it turned out. I found it very good actually. I don’t believe there is a single woman I know that hasn’t been at least once put in an “awkward” situation by a man.
However, reading the paper about the poor prostitutes I got freaked out.  I mean horrors these women experience, in “peaceful” SWEDEN are so bad I cannot even grasp the horrors a human mind can come up with. I hope for their sake that this metoo campaign will have an impact on their lives but as with many other things I think unfortunately that the poorest and the most vulnerable people in our pyramid of society will never reach out to get or have a voice…
Reading how it all started I got sad, angry and horrified….Here the story of the first “metoo” move. The me too Movement™ started in the deepest, darkest place in my soul.

As a youth worker, dealing predominately with children of color, I had seen and heard my share of heartbreaking stories from broken homes to abusive or neglectful parents when I met Heaven. During an all girl bonding session at our youth camp, several of the girls in the room shared intimate stories about their lives. Some were the tales of normal teenage angst and others were quite painful.  Just as I had done so many times before, I sat and listened to the stories, and comforted the girls as needed. When it was over the adults advised the young women to reach out to us in the event that they needed to talk some more or needed something else – and then we went our separate ways.

The next day Heaven, who had been in the previous night’s session, asked to speak to me privately. Heaven was a sweet-faced little girl who kind of clung to me throughout the camp. However, her hyperactive and often anger-filled behavior betrayed both her name and light, high-pitched voice and I was frequently pulling her out of some type of situation. As she attempted to talk to me that day though the look in her eyes sent me in the other direction. She had a deep sadness and a yearning for confession that I read immediately and wanted no part of. Finally, later in the day she caught up with me and almost begged me to listen…and I reluctantly conceded.  For the next several minutes this child, Heaven, struggled to tell me about her “stepdaddy” or rather her mother’s boyfriend who was doing all sorts of monstrous things to her developing body…I was horrified by her words, the emotions welling inside of me ran the gamut, and I listened until I literally could not take it anymore…which turned out to be less than 5 minutes. Then, right in the middle of her sharing her pain with me, I cut her off and immediately directed her to another female counselor who could “help her better.”

I will never forget the look on her face.

I will never forget the look because I think about her all of the time. The shock of being rejected, the pain of opening a wound only to have it abruptly forced closed again – it was all on her face. And as much as I love children, as much as I cared about that child, I could not find the courage that she had found. I could not muster the energy to tell her that I understood, that I connected, that I could feel her pain. I couldn’t help her release her shame, or impress upon her that nothing that happened to her was her fault. I could not find the strength to say out loud the words that were ringing in my head over and over again as she tried to tell me what she had endured… I watched her walk away from me as she tried to recapture her secrets and tuck them back into their hiding place. I watched her put her mask back on and go back into the world like she was all alone and I couldn’t even bring myself to whisper…me too.

I found the book with the title “The monk who sold his Ferrari” that caught my eye because the title was a little bit unusual. It turns out that it is one of these positive motivational books that wants to inspire you to change your life in a positive way. I find much of the content is equivalent to the “eat that frog written by Brian Tracy, only it has more storytelling and more explanations.
One thing I remember was that when I was little I had something I called idea book but that was called a “dream book” in this book.
In this dream book one should write down the dreams you want and if more motivating make a collage of pictures of your dreams. For example if you want to travel to Bahamas then you put a picture of Bahamas.
It reminded me of  the moments when I was a child and we were painting the house we wanted, or things we wanted.  Funny that my house never was in a big city but rather in a rather green spot with flowers 🙂 Actually, it was a diamond house with a lot of garden around…
I like the idea of dream book and decided to dedicate a book for it…First thing I will do is to divided it in travels, spas and fun things I wanted to do that I have forgotten. Then there is a house , travels, bags and charity…and may your dreams come true 🙂 Today, Adrian managed to say “Duda” (pacifier) for the first time. He is not as talkative as Ada. He doesn’t even want to say mama unless he is very very hungry. (Dad and Ada are much more popular in that case. When he says “dadadada” I am never sure if he calls Ada, adadada, or dad (tata, pappa) “dadadada”…)
A couple of days ago he even managed to stand alone for a couple of seconds. Looking at him I got struck by a thought.
Watching him I noticed how children don’t have any expectations of how things should be. As a friend told a story about a problem at his work. They had a problem that everyone knew was insolvable. Then there came a new guy that didn’t know this so he solved the “unsolvable” problem.
I see it like following… when the child learns to walk it practice for hours and hours. They crawl, they fall , they whine, after whining a little bit they just continue like nothing has happened.
If necessary, when it feels this is it,  the child comes to the mother or father gets a little bit comfort, maybe a little bit motivation and then it just continues to practice. The child just continues the hard ambitious way of practice.
Parents tell the children a million times don’t do this, you will hurt yourself, you’ll burn yourself, you will fall etc… BUT have you ever seen a child actually listen to the parent? If it would listen to us, the child would probably never learn to walk. Or it would be 10 years old.
Have you ever noticed a childs honest deep laught when it first realize that it actually stands by itself? It is priceless! Probably, they experience this for every developmental step they reach.
I guess, that is the reason why children always are happy.
Imagine that the grown ups where like this?
That when we really want to achieve something that we “ crawl, fall a thousand times, cry and in the end reach our goal…
Imagine that the grown ups didn’t listen to anyone, didn’t look for anyone to boost /support them and that we just continue the way we wanted until we reach our goal.
Would we be more happy?
I wonder why we give up our dreams? We become lazy, demotivated, deprived of energy…but  why?
What / who makes us lazy?
Is it the school? We put the children there to sit for hours.
Is it the parents? The neighbours? Our friends?
It is funny that when starting a new business it is said don’t listen to friends and family. So these questions are quite important and intresting.
A second question would be how do we avoid it?
Of course, like a child, one has to start with yourself..are you the person motivating or demotivating your environment? Why are you such a person?…
It would be interesting to read a real study of this phenomena..
Over and good bye!

Pepins is a crowdfunding plattform that provides the possibility to invest in entrepreneurs and their companies that are off the stock market. I like the idea and the freedom it gives to people that want to fulfil their dreams .
When the investment opportunity came for Pepins itself I invested the minimum amount of 30 shares ( 540 kr) .
For interested the offer is still ongoing and there are over 960 investors that have invested over 70 million kronor.
This is my first time investing in a crowdfunding project and it will be fun to follow its development. Me and Ensar discussed what instrument we would like Ada to play. I said of course violin. He prefers drums. But how will someone play the most beautiful song ever on drums? ?  Maybe in combination with drums, but the violin beats the drums 😀
Here Summer part in Four seasons of Vivaldi played by David Garrett. Wonderful!

One for Ensar!
I jedna za Ensara!!

Some time ago I spent a beautiful October day with Ada and my friend Lejla, her daughter Lena and Lejlas sister Merima with her family. It was the golden October day it said at the radio. We went to the castle in Schwetzingen. I never heard of it before but it is worth visiting. Schwetzingen  Palace was the summer residence of the Electors Palatine Charles III Philip and Charles IV Theodore (of the House of Wittelsbach).
The area around the castle is big and one can spend hours walking there. What surprised me the most though was the old mosque! It is not a place where I imagined a mosque. It is said that Charles III Philip and Charles Theodor where very open to other religions and by building the mosque they kind of paid respect to this religion.
As cynic as I am I am pretty sure that is just a made up story to make them “look nice”. Considering how kings where back then I tend to believe that they had at least one concubine or mistress that was a muslim and by building it they were being “nice”:)
In any case I find it to be a pretty building giving the whole area a little bit more fairy tale flair. 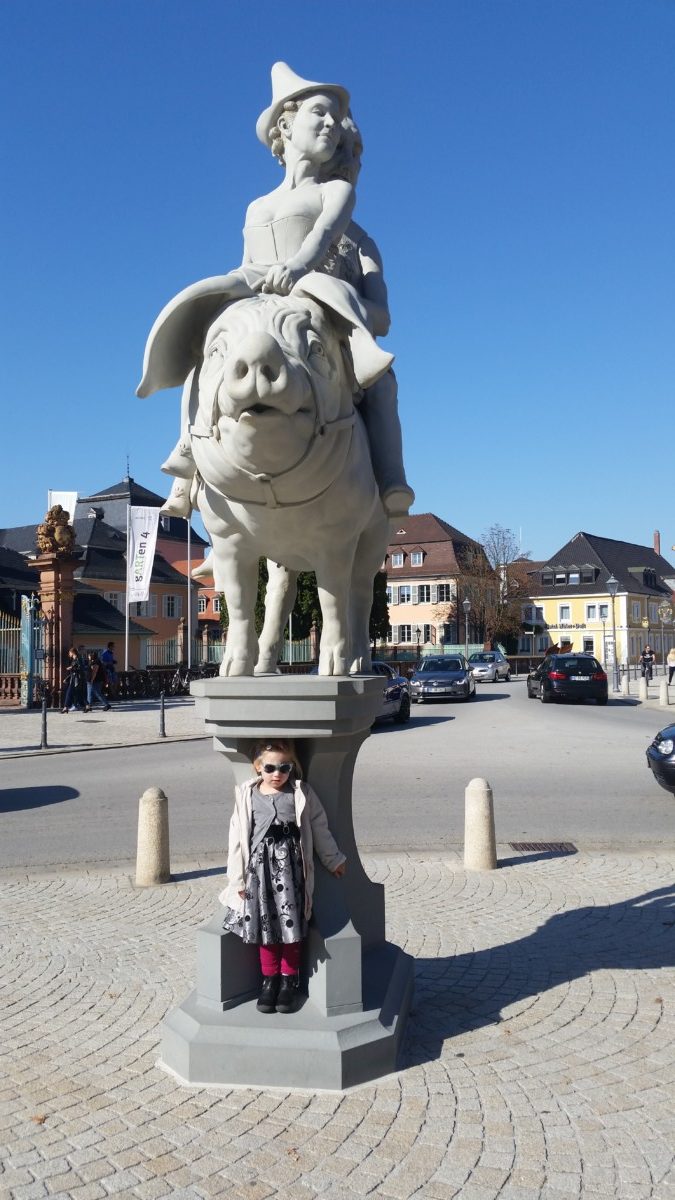 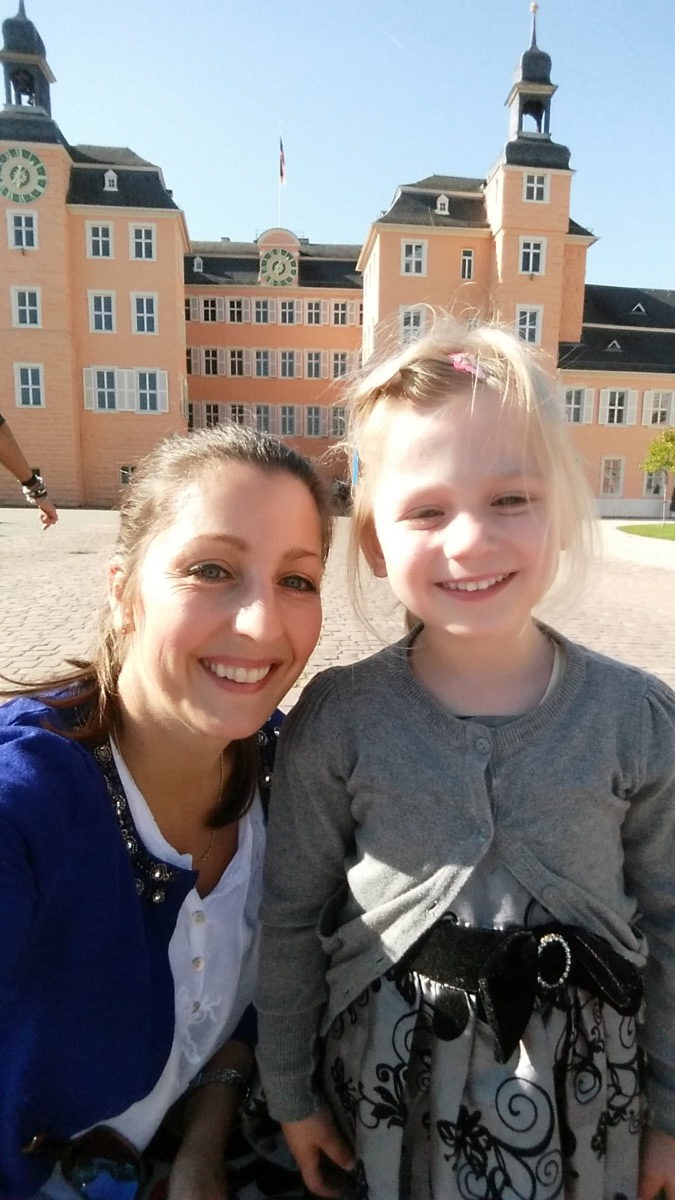 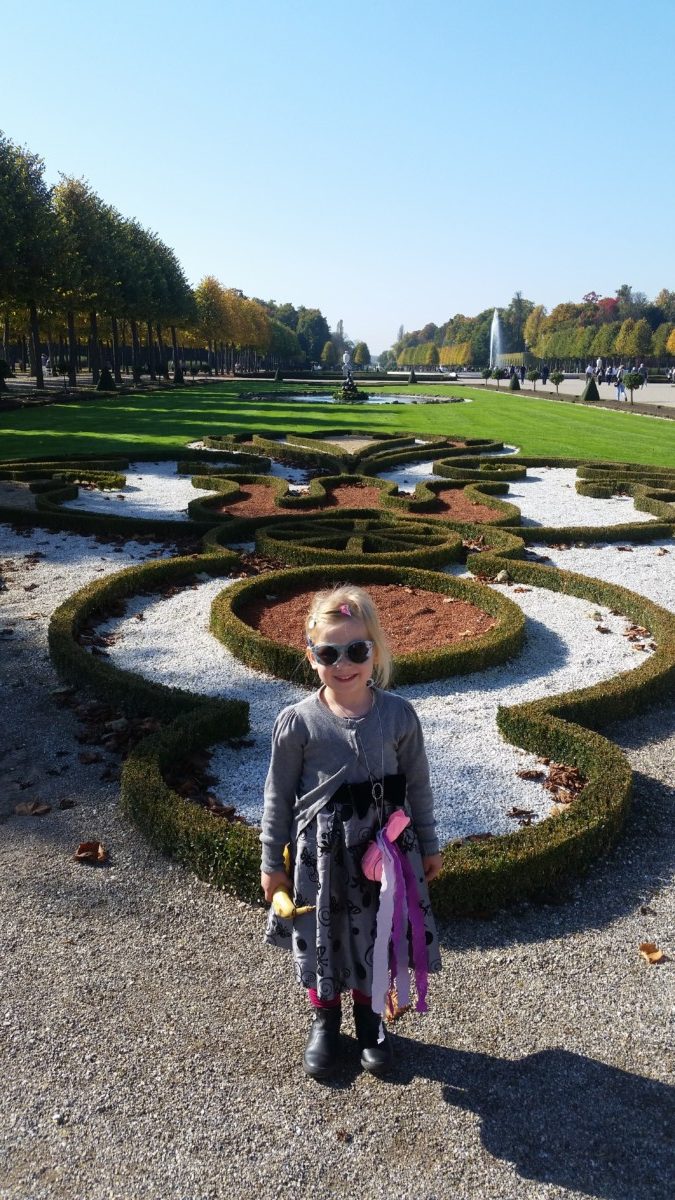 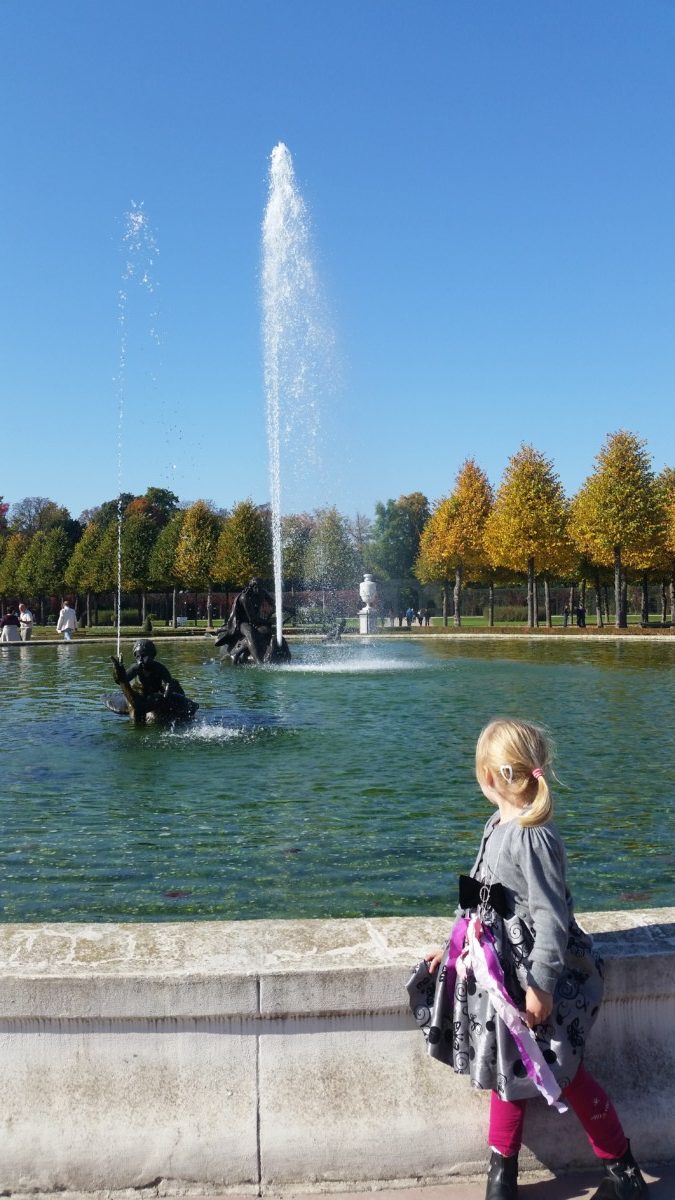 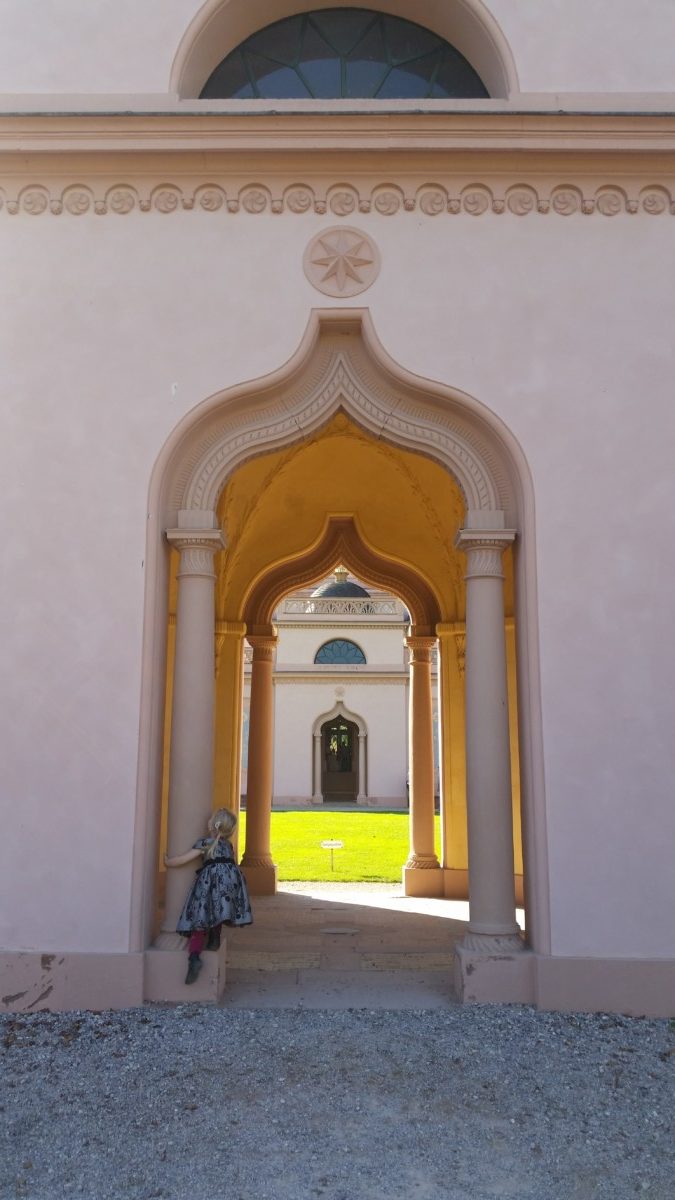 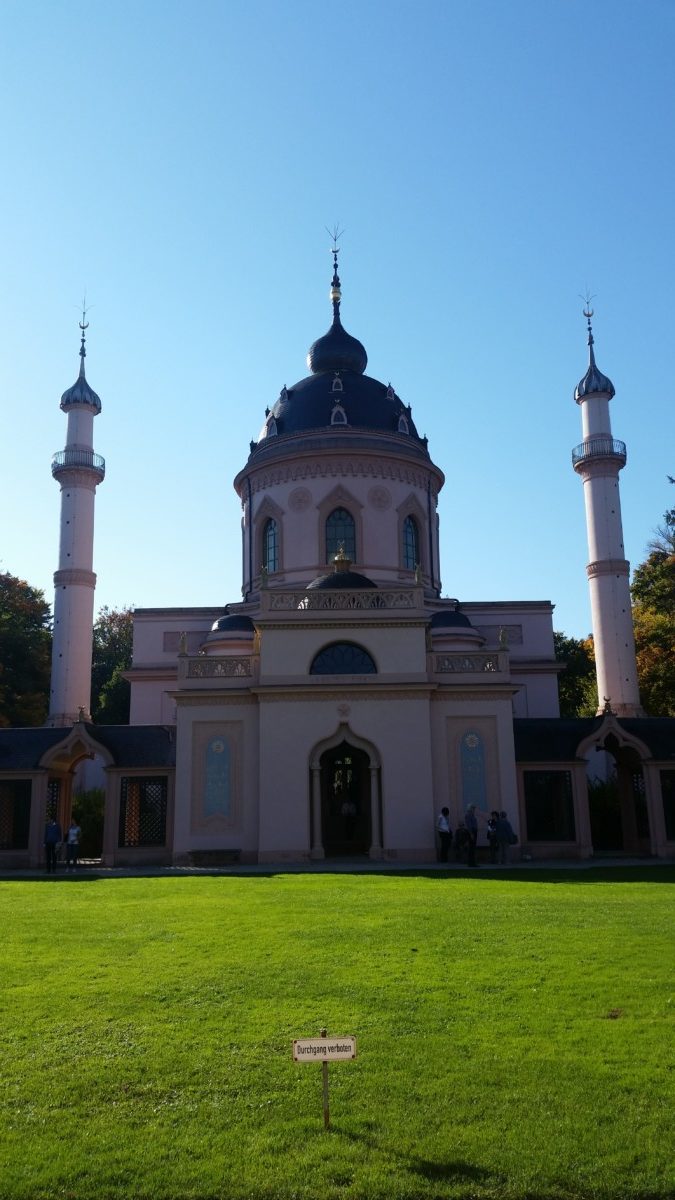 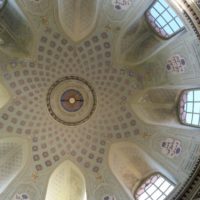 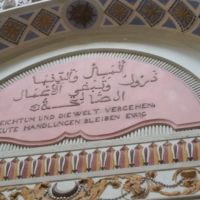 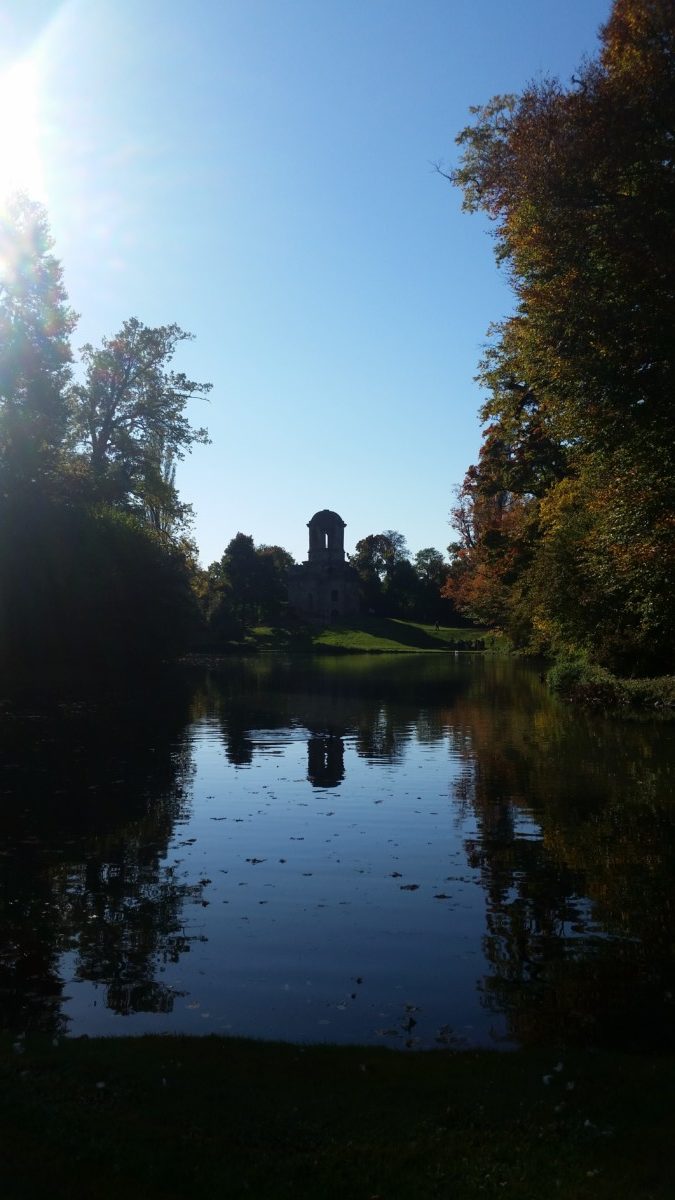 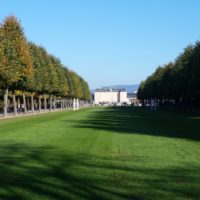 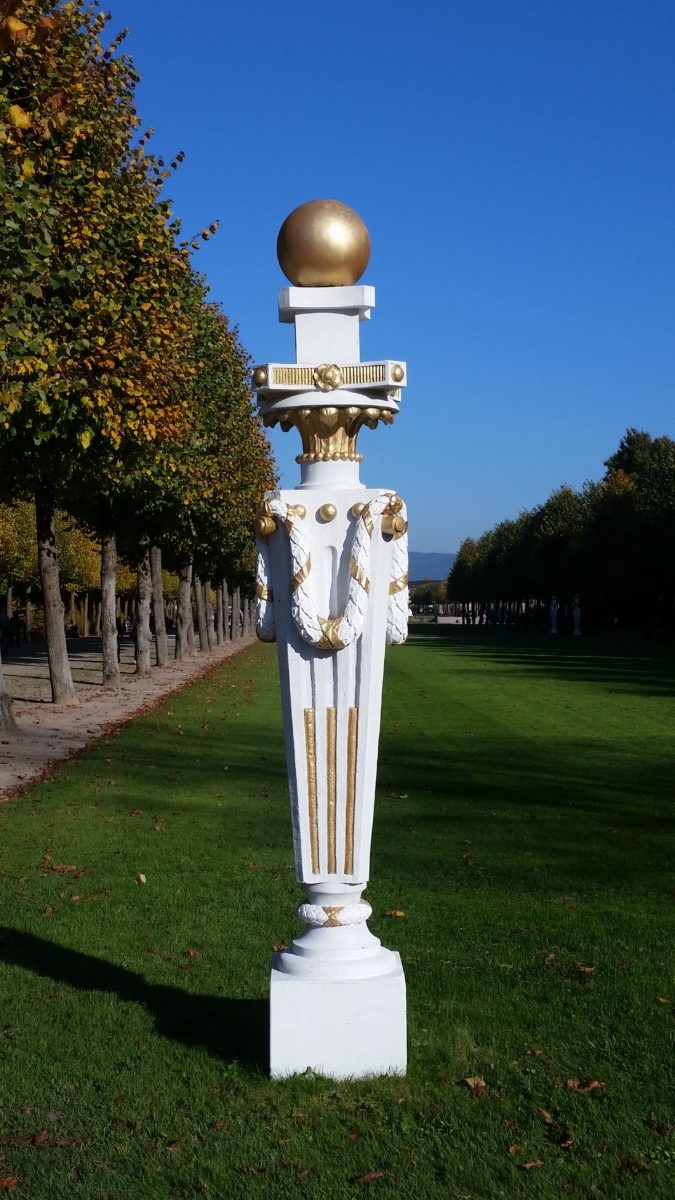 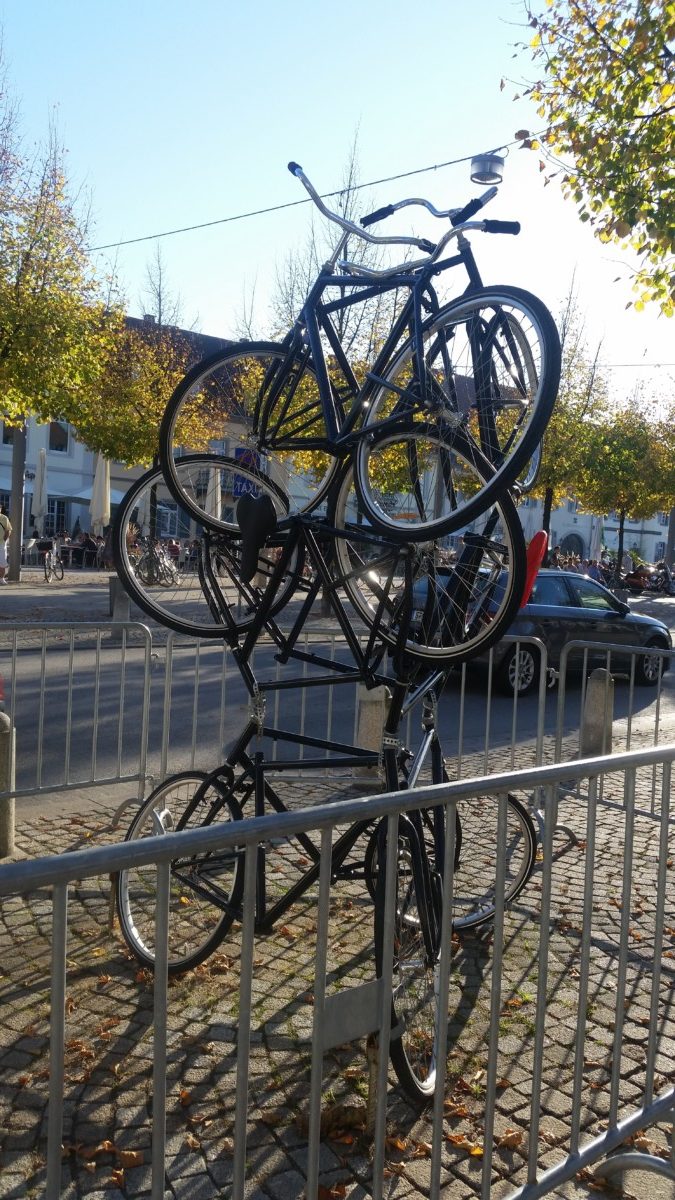 One of these moments that stay as a memory and mak

Today, my heart is bleeding. I NEVER thought that

Enjoyed a wonderful ride in New York. DO you see t

When I said that we are going to a "pumpkins"-exhi

It was more impressive in real life than I thought

So impressive and so beautiful. On top of that su

I loved the exhibition of #nathaliaedenmont in #st

I'm confused. Why does a pajamas need this warning

I cannot recall that I saw such a dragonfly in Eur

This wasn't really what I expexted to buy when vis

Even if I do not like humans to destroy nature in

This feeling when the (un)packing guys help unpack

What is this😱?? #naturephotography #trees🌳 #

Lovely idea how to present donations for a library